Apple is upgrading specs without wasting money on a whole new phone, why should you?

Cameras get better, batteries get more efficient, and processors get speedier, and the only way to get those upgrades has been to buy a new phone. Remember Project Ara, and Puzzlephone? The dream of a build-your-own PC brought to the smartphone market? The concept was simple: upgrade the tech, not the phone. You buy a camera, slot it into your phone, and chuck an ounce of e-waste—or sell it—instead of dropping a functioning phone in a drawer along with a thousand bucks. Like the Newton, they were a bit ahead of their time.

We’re now in generation three of the iPhone SE, and it has settled nicely into the iPhone 8 chassis. That means the iPhone 8, second gen iPhone SE, and the 2022 iPhone SE all use the same body and roughly the same components. The plug-and-pay upgradeable parts dream is tantalizingly close—but just how interchangeable are these phones? And more importantly, how swappable are the parts?

The iPhone SE 3rd Generation is essentially the same phone as the 2nd gen. We’re confident enough to recommend you just follow the iPhone SE 2020 guides, seriously the opening and repair procedures are the same. We almost forgot pigs can fly now you can also check out Apple’s own guides—try not to get too intimidated, that’s what they’re hoping for.

Switching parts between two iPhones come in three flavors: works flawlessly, works with loss of features, and doesn’t work at all. For the first two, the part will physically fit, will almost certainly issue Apple’s trademark “cannot be verified” warning, and will restore your phone to working order. In some cases though, features may be lost due to parts pairing—even original parts swapped between two brand new iPhones—without Apple’s “blessing” (and/or fee). We’ll give you the rundown on which parts work across the 2022 iPhone SE, its 2020 predecessor, and their ancestor the iPhone 8 rated as “Possible,” “Possible, but…” and “Impossible.”

Installing an iPhone SE 2022 battery in an iPhone SE 2022: Possible, but…
This is the current standard, and a good sign for future battery replacements, but unfortunately you’ll still get the “unknown part” warning. The only feature you’ll lose is Battery Health. Yes even if you’re using a perfectly genuine battery, Apple considers the repair “nongenuine” until they personally verify it.

Caveat: Apple will now let you pay for the privilege of verification, if you buy their part.

Installing an iPhone 8 battery in an iPhone SE 2022: Impossible
The batteries are not physically compatible.

Installing an iPhone SE 2022 screen in an iPhone SE 2022: Possible!
Provided you swap your Touch ID button to the new screen as you install it, your phone should accept the donor screen with nothing more than an unverified part warning.

Caveat: Apple will now let you pay for the privilege of verification, if you buy their part.

Installing an iPhone SE 2020 screen in an iPhone SE 2022: Possible!
Provided you swap your Touch ID button to the new screen as you install it, your phone should accept the replacement screen with nothing more than an unverified part warning.

Installing an iPhone 8 screen in an iPhone SE 2022: Impossible
While the parts look the same, and the digitizer cable plugs right in, we weren’t able to get the touch functionality to work. So we’re calling this a wash—let us know if you get it to work!

Installing an iPhone SE 2022 camera in an iPhone SE 2022: Possible!
For now it looks like camera swaps are possible. You’ll still get the part warning, but it doesn’t seem like you’ll lose functionality—the perks of no Face ID!

Installing an iPhone SE 2020 camera in an iPhone SE 2022: Possible!
Camera swaps are possible. You’ll still get the part warning, but it doesn’t seem like you’ll lose functionality.

Installing an iPhone 8 camera in an iPhone SE 2022: Possible!
Camera swaps are possible. You’ll still get the part warning, but it doesn’t seem like you’ll lose functionality.

As expected, there’s no easy way to get a new Home Button in any generation. Touch ID is biometric security after all, so Apple is extra cautious. You can always fall back on a PIN (and assistive touch) or shell out for a new home button that’s embedded in an Apple screen($$$!).

If we had our way, every phone would be the iPhone SE. We don’t need superficial changes, we need a well-designed phone with upgradable components. It’s great that we’ll have a wide range of parts to replace broken iPhone SE 2022 parts, but it’d be even better if we could consistently upgrade those parts. Apple would win thanks to minimal manufacturing retooling, the environment would win as we reduce e-waste from whole phones to individual parts, and your wallet would win. Speed, efficiency, and megapixels are great, but it’s even greater when we can pop them into the same phone!

So, kudos to Apple for maintaining the same form factor and parts compatibility—let’s hope new parts will swap easily into older phones, too.

Don’t forget, the greenest phone is the one you’ve got in your pocket. Batteries and screens on almost any phone can be replaced, even if camera upgrades are a little trickier. Got an old phone you’re proud of, or looking for encouragement to fix one up? Find us on social media, we’d love to cheer you on!

Fix kits for the phone you’ve got

Keeping your phone another year is the equivalent of taking 636,000 cars off the road! Help it get there with iFixit part and tool kits. 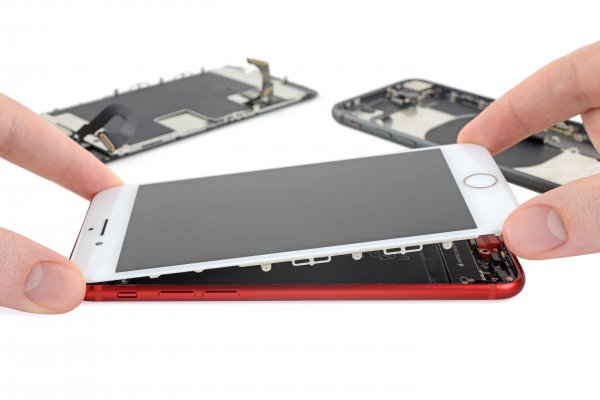 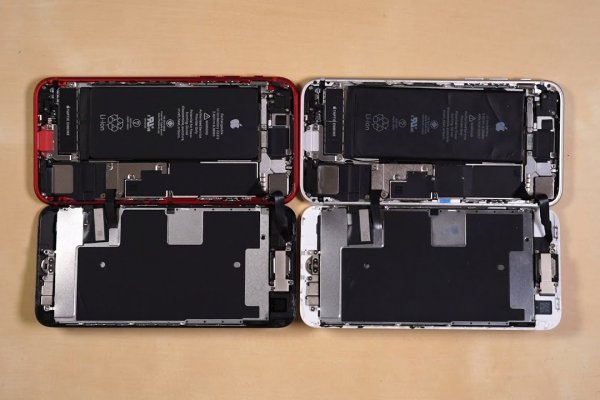